Objective: This study aimed to investigate the possible protective effect of olive leaf extract on liver and blood parameters in methotrexate (MTX)-induced toxicity in rats. Methods: Normal control rats were injected I.P with (1 ml of distilled water) once daily. Group II: Rats were injected orally by gavage with olive leaves extract (of 0.5 g/kg body wt) once daily. Group III: Rats were injected intraperitoneally with MTX of 20mg/kg once in the day 12th day. Group IV: Rats were injected orally by gavage with olive leave extract (0.5 g/kg body weight) once daily followed by I.P. injection of MTX a single dose of 20 mg/kg in the 12th day.On the 14thday, rats were sacrificed by decapitation. Whole blood collected and liver tissues were kept in formalin and glutaraldehyde fixatives for microscopic and ultrastructural examination respectively. Results: This study showed that hepatocellular damage was clearly more evident in the MTX group than the MTX+Olive leaf extract group besides, MTX administration elevated AST , ALT and LDH activities whereas they were depressed with olive leaf extraction administration and this was proofed ultra-structurally. Conclusion: The present study indicates that olive leaf extract may be thetherapeutic benefit agentagainst MTX-cytotoxicity.

Liver injury caused by drugs and other chemicals accounts for approximately for 5% of all cases of jaundice and diseases ranging from acute and chronic hepatitis to bile duct abnormalities and neoplasm(1). Methotrexate (MTX) is an effective treatment modality largely used in rheumatoid arthritis, psoriasis, leukemias and some other autoimmune disorders for more than 40 years(2). MTX toxicity on the liver has gained much more importance. MTX acts as a dihydrofolic acid analogue that binds to the dihydrofolic acid reductase enzyme by inhibiting the synthesis of tetrahydrofolate, which is required for DNA synthesis. De novo inhibition of purine and pyrimidine synthesis leads to DNA defects, which results in apoptosis (3). Prolonged use of MTX leads to accumulation of polyglutamate forms of the drug in hepatocytes and eventually leads to hepatocyte necrosis (4).

The olive tree (Oleaeuropaea) is a traditional symbol of abundance, glory, and peace. The olive fruit, its oil, and the leaves of the olive tree have a rich history of nutritional, medicinal, and ceremonial uses (5). In addition to cereals, the olive is an important crop in the Mediterranean Basin, which produces 98% of the world total, approximately 11 million tons (6), and lends important economic and dietetic benefits to the people of that region (7).For this reason, interest in the potential health benefits of olive leaves has increased among scientists in various fields. Recently, antioxidant, hypoglycemic, antihypertensive, antimicrobial, and anti-atherosclerotic effects of olive leaves have been reported in various studies. In this article, some of these studies on the beneficial health effects of olive leaves are reviewed.

Olive (Oleaeuropaea) leaves were collected from Al-Fayoum farms, Egypt. Leaves were washed, dried, and then homogenized. The powder was soaked in 80% ethanol (1:10; weight: volume) for seven days (8). The remaining extracts were concentrated, filtered then suspended in distilled water and administered orally through intra-gastric tubes in a dose of 0.5 g/kg body weight (9).

All rat livers were dissected out, were kept in 10% neutral buffer formalin and processed to be stained with haematoxylin and eosin for microscopic examination (11). MTX was purchased from Sigma-Aldrich Co. (St.Louis, MO, USA). Liver tissues were fixed in glutaraldehyde fixative and prepared for ultrastructural examination with a Joel Electron Microscope (JAPAN) operating at 60 kV.

Data were expressed as mean ± standard deviation (SD). Comparisons were done using one-way ANOVA followed by Tukey-Kramer as post ANOVA test. Criterion for significance was chosen to be at P≤0.05.

As illustrated in figure 1; the histopathological observations of hepatic control, and olive leaves extract treated groups showed normal histology. They displayed normal hepatic lobule forming a network around a central vein. The sinusoids were narrow blood spaces with single layer of endothelial cells in addition to Kupffer cells. The hepatocytes were polyhedral with acidophilic cytoplasm and each hepatocyte had a round pale stained nucleus. In MTX treated group, liver sections had displayed numerous spots of inflammatory or necrotic cells.  There was some lymphocytic infiltration. The sinusoidal spaces were widened and contained activated Kupffer cells. There were also mild fatty changes in hepatocytes and sinusoidal lining cells. Moreover, the normal structural organization of the hepatic lobules was impaired and the characteristic cord-like arrangement of the normal liver cells was lost. In case of animals group that received olive leaves extract and were intraperitoneally injected with MTX, there was a great degree of improvement appeared in the reduction of hepatocytes degeneration as well as sinusoidal dilatation, and reduction of lymphocytic infiltration. However, Kupffer cells still active. There was less fatty degeneration. Pyknosis and apoptosis were the main nuclear changes observed in this group.

Ultrastructural examinations of the control group revealed that, the nucleus of the hepatocyte was large, spherical and centrally located. Electron dense heterochromatin was scattered inside the nuclei and found also in the periphery of the nuclear envelope. (Fig. 2a).The cytoplasm showed a granular appearance. There were numerous mitochondrial profiles. The mitochondrial matrix was electron–dense. Also, there were profiles of rough endoplasmic reticulum between the mitochondria (Figs. 2a, 2b). The later structure carried ribosomes. Also ribosomes can be seen free in the cytosol. The bile canaliculi were wide with microvilli which is called space of Disse. Kupffer cells were macrophages linning the sinusoids with endothelial cells (Fig. 2b).

In case of olive leaf extract treated rats the structure of the hepatic cells, bile canaliculi and blood sinusoids were found to be quite normal as those of the control groups (Figs. 2c, 2d).In MTX treated rates most of  the nuclei showed features of chromatinolysis as shown in (Fig. 2e). In other instances, pyknotic nuclei were observed (Fig.2e). Moreover, large fat droplets were obviously seen in most cells. The activated Kupffer cells also found (Figs. 2e, 2f).Cell junctions were rarely found, and moreover, the bile canaliculi were also very narrow and lost its microvilli (Fig.2f). The ultrastructural micrographs for the liver tissue of MTX and olive leaves extract group showed an improvement of the hepatic cells. The nuclei were found to be more or less similar to those of control groups (Fig.2h). The rough and smooth endoplasmic reticulum were found to be as those of control profiles.

The bile canaliculi increased in size. However, its microvilli were not formed and the tight junctions between bile canaliculi and intercellular space still incompletely formed. However, in other instances these structures had characteristic feature of the MTX treated animals. The space of Disse still unformed, the endothelial cells were found to contain numerous vacuoles and the Kupffer cells still large and active (fig.2j).

Although most of the cancer chemotherapeuticdrugs are mutagenic and carcinogenic agents (13), they are extensively used for the treatment of various types of cancers, as at times they cure the disease or at least increase the life expectancy of cancer patients (14). It is quite possible that advanced effect of food uptake in cancer chemotherapy as it may modulate the genotoxicity of anti-cancer drugs which may reduce the chances of developing secondary tumors in cancer patients. MTX is an anti-metabolite drug used against a broad range of neoplastic disorders. It is a structural analogue of folic acid and hence interferes with the synthesis of nucleic acids (15). MTX also causes deficiency of folates by interfering in the folate metabolism.

Hepatotoxicity usually develops after the use of more than 1.5–2.5 g of MTX but can also occur at an earlier stage at lower doses. In this study, a single dose of 20 mg/kg MTX was used to induce toxic effects on the liver tissue since higher doses of the drug might have resulted in severe systemic toxicity and early death of animals from other reasons such as acute gastrointestinal injury and bone marrow toxicity. As a result, histopathologically MTX toxicity was determined by focal necrosis areas multiple hepatocyte loss (16). This dose, which allowed the animals to survive with MTX toxicity, also enabled us to witness the preventive effect of olive leaf extract on MTX injury.

The conversion of MTX to its major extracellular metabolite, 7-hydoxymethotrexate, is taking place in the liver (17). MTX is stored inside the cells in a polyglutamated form (18). Long term drug administration can cause accumulation of MTX polyglutamates and decreased folate levels (19) that is considered as a mechanism for MTX hepatotoxicity  (4,20). MTX provoked notable elevation in serum activities of ALT, AST and LDH, reflecting impaired liver function. The increase in ALT, AST and LDH is in harmony with previous report (21). ALT is a cytosolic enzyme of the hepatocyte and an increase in its activity in serum reflects a leakage in plasma membrane permeability, which in turn, is associated with cell death. ALT is considered to be one of the best indicators of liver necrosis (22). ALT and AST are the major critical enzymes in the biological processes. They are involved in the breakdown of amino acids into a-ketoacid, which is routed for complete metabolism through the Krebs cycle and electron transport chain (23).

As shown by microscopic evaluation MTX treated animals’ livers showed hepatocellular lesions in rats as indicated by necrotic foci, hepatocellular degeneration, and impaired structural organization of the hepatic lobules in the nodule-like structure. It induced marked apoptotic bodies which were seen as acidophilic bodies. Additionally, fatty changes in hepatocytes and sinusoidal lining cells, mild necrosis and inflammation, lobular disarray as well as mild dilatation of central lobular sinusoid were observed, these were in consistence with (24, 25).In the present study, these findings reflect the toxicity and carcinogenicity of MTX to the liver tissue and they are in accordance to the findings of many other investigators. Moreover, Leucocytic inflammatory infiltration was observed in liver of MTX treated rats in the present study. These leucocyticinfiltration were considered as a prominent response of the body tissue facing any injurious impacts.In the present ultrastructural investigation of MTX treated animals there was a destruction or loss of microvilli in bile canaliculi and space of Disse and destruction of endothelial cell and a decrease in the number of microvilli in both bile canaliculi and space of (26).The presence of fat droplets represents an injurious response of the hepatocytes for the injection with MTX and this is in parallel to the previous studies. Liver injury cause the accumulation of fat in parenchymal cells and the accumulated lipid are of triglyceride type (27).

The triglyceride accumulation can be thought as a result of an imbalance between the rate of the synthesis and the rate of the release by parenchymal cells into the systemic circulation. Olive leaf extract treatment to MTX group improved hepatocytes and decreased the activation of Kupffer cells of the liver. Olive leaf extracts are primarily consumed as natural inhibitors of replication of many pathogens. Their potent bioactively low toxicity has rendered them useful ingredients in complementary alternative medical and nutritional supplements.Moreover, olive-leaf extract showed synergistic behavior with its contents of oleuropein and active polyphenols. Prevention of free radical formation by oleuropein may be due to its ability to chelate metal ions, such as copper and iron, which catalyze free radical generation reactions (28), without affecting the cyclo-oxygenase pathway. In addition, it was found that olive leaf extract was capable of preventing the generation of reactive oxygen species by intact leukocytes, without evidence of toxicity (29).

In conclusion, the present study suggested that olive leaf extract treatment exerted a protective effect against this oxidative injury not only biochemically, but also histopathologically, suggesting that the tissue damage induced by MTX could be effectively prevented by olive leaf extract.

Table 1: Impact of Olive leaf extract on the serum levels of ALT, AST and LDH in MTX-treated rats. 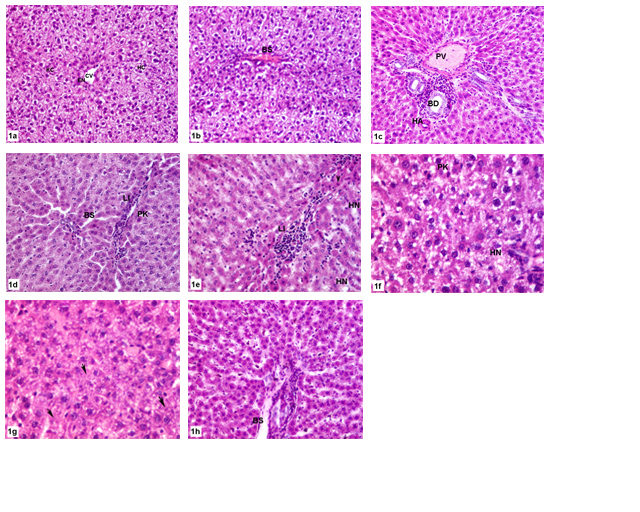 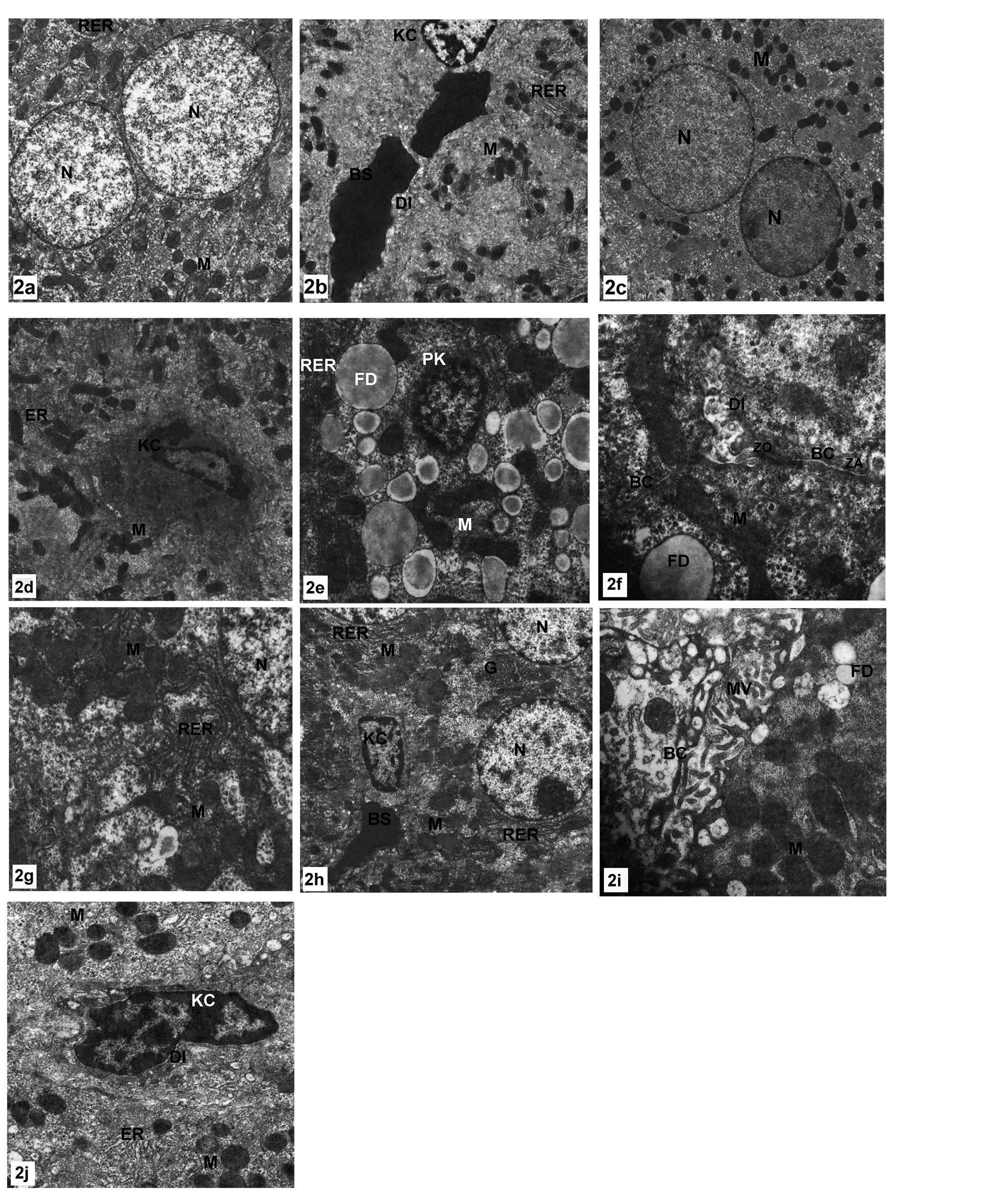